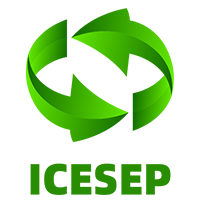 Prof. Ting Yang, doctoral supervisor, is a discipline leader in the School of Electrical and Information Engineering, Tianjin University. He is the deputy director of the national "distributed energy and micro grid" international science and technology cooperation base and the deputy director of Tianjin "Energy Internet” International Joint Research Center. As the largest contributor, he has won two provincial and departmental science and technology progress awards and some enterprise science and technology progress awards. He has published more than 100 SCI/EI papers, 4 monographs and 2 international invention patents in top academic journals in China and abroad. He has served as the session chair of several IEEE international conferences. He also served as the editor in chief or member of the Editorial Committee of several SCI journals. He is the special editor in chief of "Application of artificial intelligence in power system and energy Internet"(which won him the "Outstanding Special Editor Award" in 2018) of “Journal of Power System Automation”, and the special editor in chief of "Ubiquitous Power Internet of Things (UPIOT)" of “Journal of Power Construction”. He is now the deputy director of circuit and system branch of China Electronics Society, the national director of sensor sub committee of China Instrumentation Society and a member of the theoretical electrician special committee of China Electrical Engineering Society.

Jizhong Zhu is a professor of South China University of Technology (IEEE Fellow, IET Fellow, CSEE Fellow) and a “Specially-Appointed Expert” of high-level overseas talents introduced by the Organization Department of the Central Committee of the CPC. He received his B.S., M.S., and Ph.D. degrees from the School of Electrical Engineering, Chongqing University in February 1985, 1987, and 1990, respectively. Dr. Zhu was a professor at Chongqing University in the mid-1990s and won seven provincial and ministerial science and technology progress awards. He was selected by the Royal Society and the China Association for Science and Technology as one of the four outstanding young scientists working in China in 1994, won the Royal Society Researcher Award for China, and won the “Fok Yingdong National Outstanding Young Teacher Award” in 1996. He has worked in Chongqing University in China, Brunel University in the UK, National University of Singapore, Howard University in the US, Alstom Power Grid Corporation, China Southern Power Grid, and the South China University of Technology. He is currently the director and professor of the ISESOOC Center of the South China University of Technology, serving as a high-level talent introduced by China. Since 2018, he has acted as the Chairman of the IEEE P2781 and P2783 international standards working groups, a Member of the IEEE SMC Smart Power and Energy Systems Technical Committee, and a Member of the IEEE SMC Standards Committee; he held the Chair of IEEE PES SBLC Loads Sub-Committee, served as Senior Principal Power Systems Engineer at Alstom Grid from 2000-2015, and became an academician-level expert of the Alstom Global Expert Committee in 2013.